I worked twice with Michael Jackson, during the period when he was billed as "MICHAEL JACKSON and the JACKSONS" One of the concerts was in Brighton at the Brighton Centre and the second at the famous Fiesta Club in Sheffield - this would have been in 1977 or 1978.

Michael was young and it was obvious that he was already becoming a Superstar. He had been part of the JACKSON 5 but was now billed as lead singer under his own name plus his brothers. The album "DESTINY" had been released and this was the DESTINY TOUR. 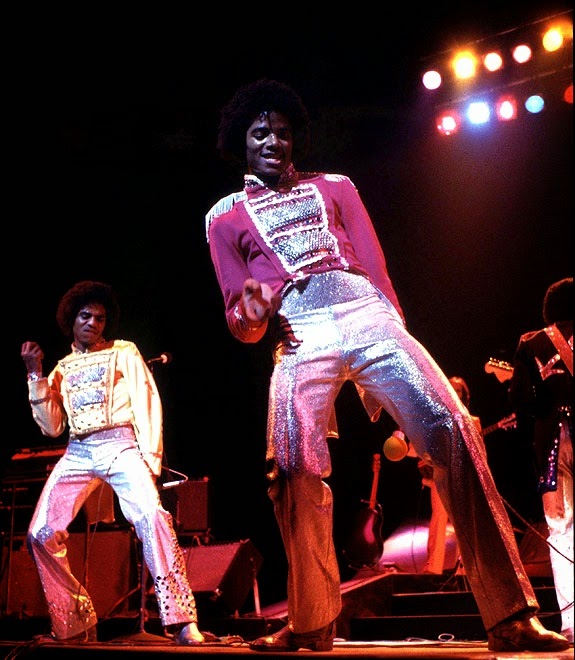 At that time I had secured a contract to book many of the Northern theatre/nightclubs in England including the prestigious Sheffield Fiesta in Yorkshire.

These theatre clubs were a major part of the entertainment scene in the UK at that time (the late 1960's through to the late 70's). The Sheffield Fiesta, which opened in 1970 had been owned by the Lipthorpe Brothers (Keith and Jim) but they had been brought out and was then owned by the Rank Organisation. I had secured the exclusive entertainment booking rights, which was a major coup for me personally - I can't remember the seating capacity now but it must have been around 2,000 seats. The Fiesta was known as the Premier Nightclub in Europe - it was a very exciting place and I loved it - every minute of it. 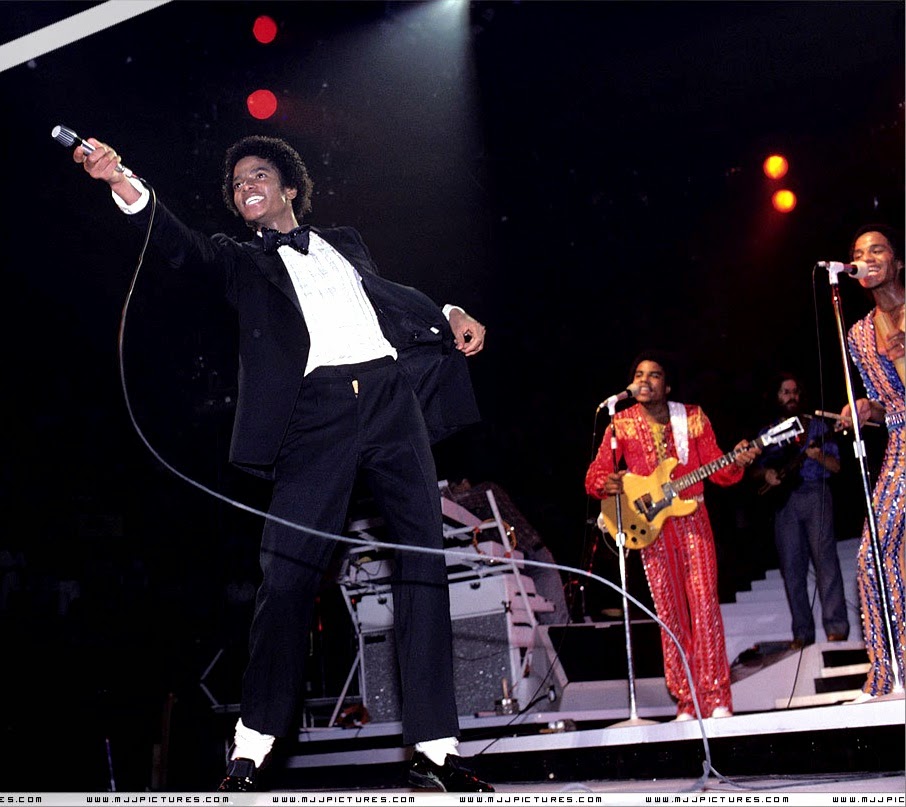 It was my job to book the artists and everyone performer from the dancing girls, compere's and of course the stars. I was 29 years old and you can imagine not only the fun of booking this place, but it was a very big responsibility too. Rank Leisure the company that was operating this club wanted it to be a success so I had to contract the finest artists and those that will sell out the tickets.

There was fierce rivalry between the clubs - there was the Batley Variety Club, the Wakefield Theatre Club, the Golden Garter in Wythenshawe, The Night Out Birmingham, Caesar's Palace and many others - all of them fighting to book the top stars. I had a real fight on my hands.

I booked the Fiesta Club in Sheffield from around 1976, 77 and 78 - I am not sure of these exact dates - so much of this fades in the memory, but it was an incredible time and what a way to learn the entertainment industry - this held me in good stead later when we promoted major concerts in London and throughout the UK and eventually when we opened offices in New York and other countries - From the Sheffield Fiesta to the Royal Opera House, Covent Garden, the London Palladium, Royal Albert Hall to the Metropolitan Opera House, Carnegie Hall in New York - it was a long walk and an exciting one - but nothing was more exciting that the Fiesta! 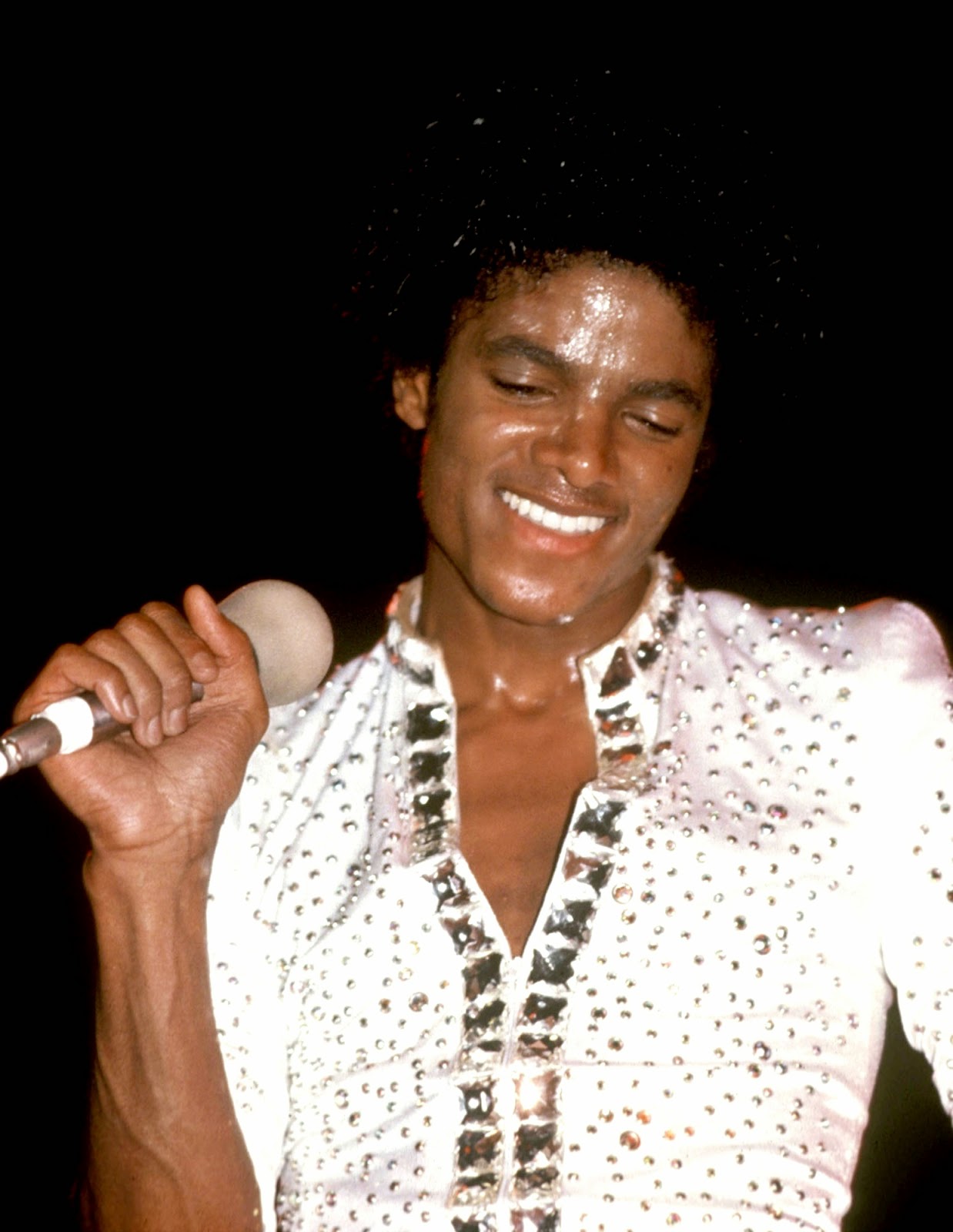 I have so many memories of booking artists into the Fiesta - including The Walker Brothers, Roy Orbison, Joe Cocker, Shirley Bassey, Diana Ross, Dionne Warwick, The Hollies, Gerry and the Pacemakers, The Searchers, Freddie and the Dreamers, Cilla Black, The Temptations, The Drifters, Suzi Quatro, local boy Tony Christie, Showaddywaddy, Matt Monroe, Jack Jones, Johnny Mathis plus UK comedians like Freddy Starr, Bruce Forsythe, Tommy Cooper, Bob Monkhouse and a host of others - but the big coup was contracting MICHAEL JACKSON.

I remember the excitement this announcement caused. Lines around the block to the booking office - huge media interest from local and national newspapers, television news and so forth. The word was out Michael Jackson and the Jacksons were coming to Sheffield.

Michael, his brothers, the musicians, the technical crew and Joe Jackson the father arrived - Michael was lovely to speak with - he was a gentle soul and I liked him immediately - in some ways he was very accessible although it appeared to me that his father was keeping a very close control over him - almost obsessively, but that is only my personal opinion.

The tickets had been sold out for weeks and the anticipation was running high. The venue was packed to the rafters and when Michael and his brothers hit the stage the atmosphere was electric. I will remember that performance for ever - the excitement, the dancing, the energy generated, the incredible atmosphere in that room - the music pounding and throbbing as Michael and his Brothers stored through their show. Hit after hit - the audience was in a frenzy. 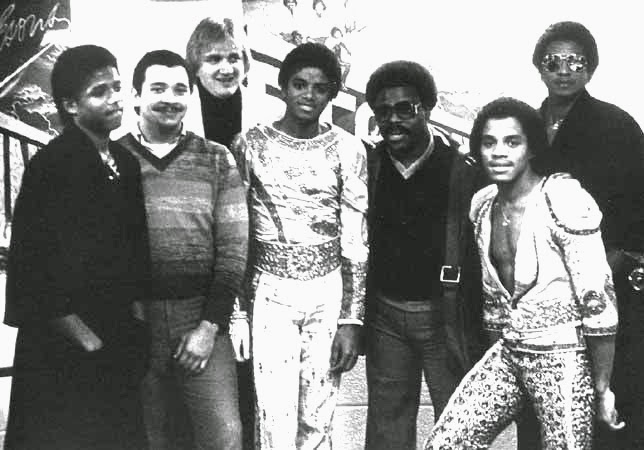 Back stage with Michael

Here are some of the online comments of the Fiesta and Michael's appearance:

Chrissy Clarke saw Michael Jackson and The Jackson Five at the Fiesta in 1977 or 1978:

"I met Michael Jackson at the Sheffield Fiesta - it was The Jackson Five - the place was packed. They were absolutely brilliant. They'd just performed Destiny.
"He was the most amazing dancer - he had this presence about him. He was 17 or 18 - my age. He smiled at me, I was on the front row and he came and sat with me. He kissed me and held my hand, he was just a really, really nice guy. He gave me a flower. I was just mute!"
Anyone who knows Sheffield will know the big building on Arundel Gate, which is now the Odeon cinema. Next door was the Top Rank nightclub (later known as the Roxy Disco and now is the O2 Academy.)

Bob at the Fiesta
The Fiesta was full of good old fashioned entertainment - stage, tinselly curtains, musical heroes, cabaret acts and hypnotists, chicken-in-a-basket served to your dimly-lit table, dancing girls and a compère.

Lesley
I remember it well, it was thick in snow and i took my clothes to work just in case i could not get home to get changed. I was just about to see the best group in the world, the Jackson 5 and not even the weather was going to stop me. It was one of the BEST NIGHTS of my life and i feel honoured and privileged to have seen Michael Jackson live.

I saw Michael Jackson there in the 70s after queuing in the snow outside to get in. He was mind blowing and I have always remembered that night with great fondness. We went to the Fiesta almost every week for a few years and had some great times, cut my "nightclubbing" teeth there. Also, saw the Four Tops in '75 when I was heavily pregnant and there was a heat wave. They turned all the fans on the stage round for the fans that night, another fantastic memory. Wish it was still here!

Bernie Johnson, Örebro in Sweden
I saw the Jackson 5 (Destiny Tour) at the Fiesta. Chicken in a basket meal included. Also saw The 4 Tops, Gladys Knight & the Pips, The 3 Degrees, The Drifters, and if I remember correctly The Barron Knights, but we'll keep that between ourselves. 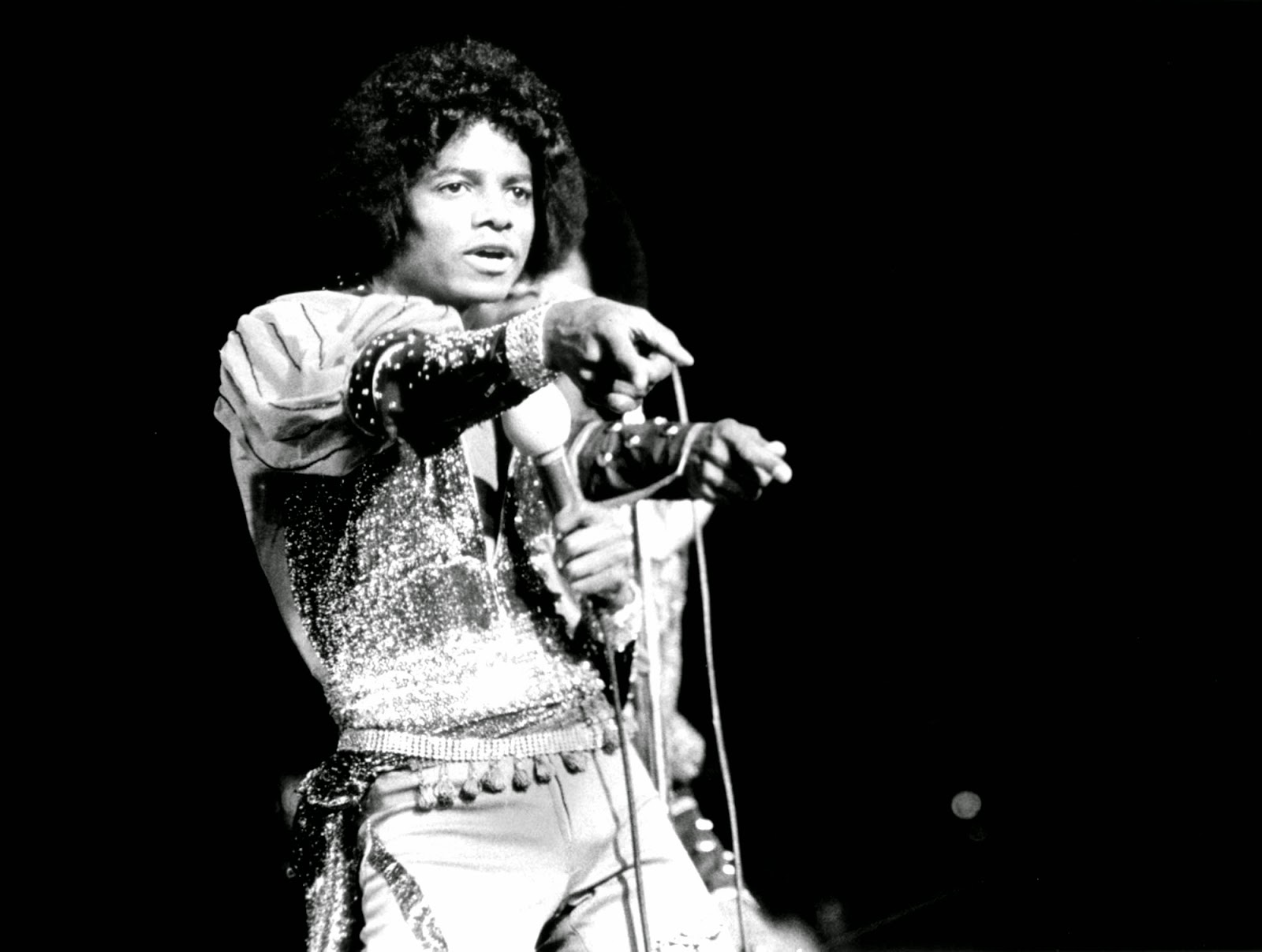 MICHAEL JACKSON was a joy to work with - as were his brothers - The Brighton Concert at the Brighton Centre was also a complete sell out. Michael was and is a superstar - sadly missed and such a sad ending to an amazing career.

Thanks for reading and thanks for the memories
Peter